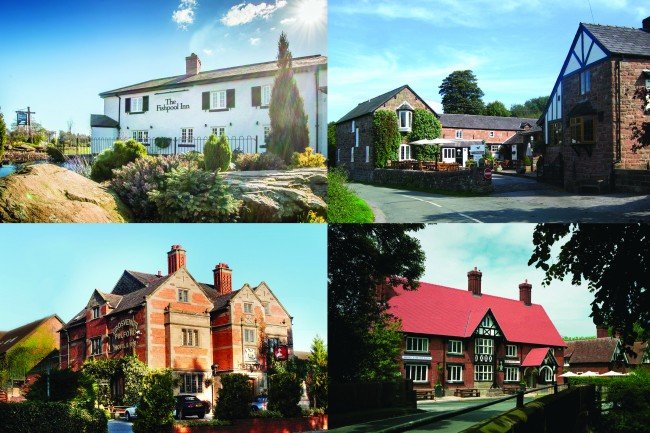 Nelson Hotels, one of Cheshire’s leading hotel and restaurant groups, is celebrating after it was named in the Northern Restaurant & Bar show’s Power List of Top 50 Operators for 2016.

The NRB Top 50 is a prestigious power list that recognises the North’s ‘most important and influential hospitality operators’ in the North of England.

The independent family-owned hotel group operates four properties located throughout Cheshire, including the Grosvenor Pulford Hotel & Spa, The Pheasant Inn, The Bear’s Paw and The Fishpool Inn. The company’s directors, siblings Andrew Nelson and Lucy Nelson, were delighted to have been recognised by such a prestigious industry body.

Commenting on the group’s latest achievement, Andrew said, “We are thrilled to have been listed alongside some of the hospitality industry’s leading influencers. Nelson Hotels has grown considerably over the last few years and the satisfaction of our customers remains the cornerstone of everything we do. As a family-owned company, we are committed to supporting our teams to provide the best possible service at all times. Being included in the NRB’s Power List recognises these efforts, which is incredibly exciting for everyone throughout the group.”

×
Ciro's Brasserie
×
Nelson's Bar
×
Request a Wedding Brochure
×
Make an Enquiry
×
COVID 19 Update: Please CLICK HERE to read about our commitment to COVID security and our latest updates. We look forward to welcoming you soon.

Our spa is now reopen!

Our Spa has reopened all remaining facilities, with spa days, treatments and spa breaks now available!

To learn how we are operating under current health and safety guidance, please read our COVID update.

We have a range of special offers available on spa days, which you can see here.